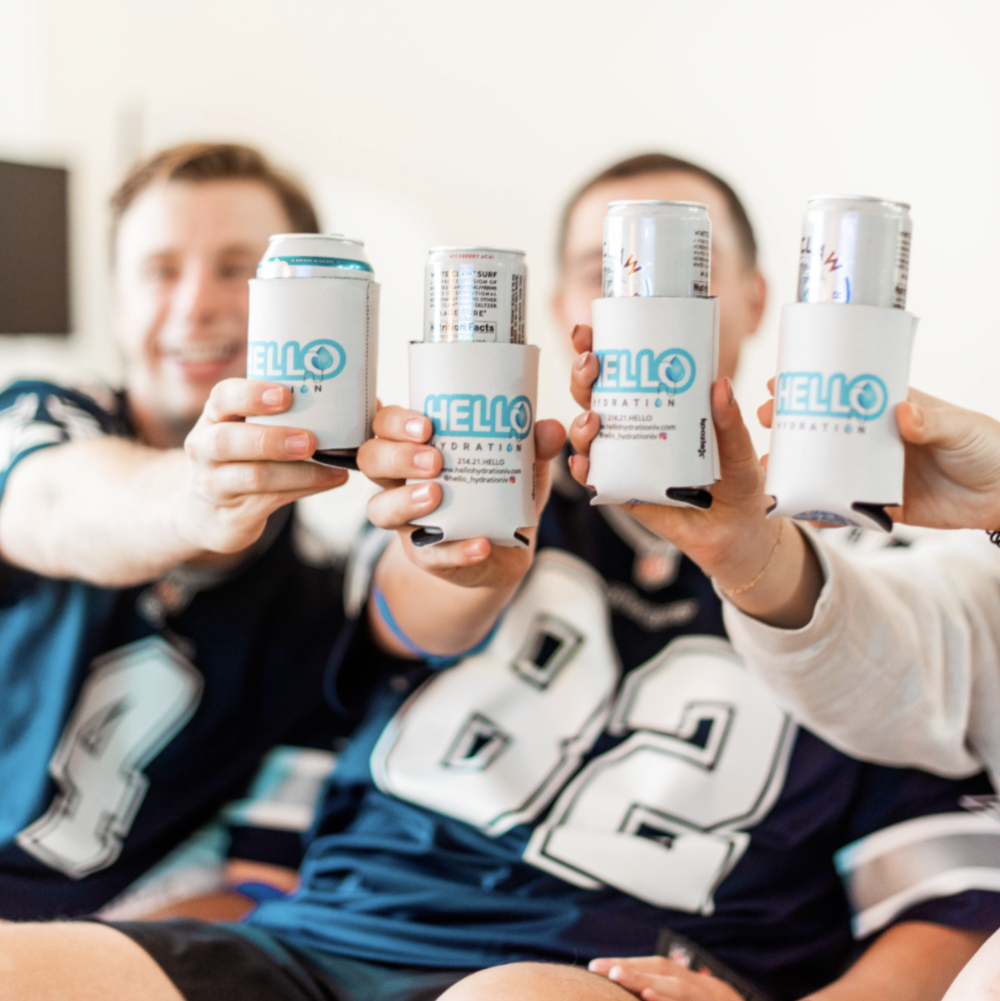 One drink leads to another and those late, sleepless nights lead to a not so great morning…it’s safe to say we’ve all been there. Whether you’re pregaming with the whole crew at a tailgate before a football game, or enjoying a night out in Dallas, don’t let an epic day or night or night keep you from feeling less than your best tomorrow.

What is it about alcohol that can make you so dehydrated? Let’s dive into the specifics, and why proper hydration plays a key role!

What Causes a Hangover?

It’s important to know the signs of dehydration before they conquer you! If you’ve had a bit too much to drink, you most likely remember you’re body’s reaction to it. According to The National Institute on Alcohol Abuse and Alcoholism Alcohol suppresses the release of vasopressin, a hormone produced by the brain that sends signals to the kidneys causing them to retain fluid. As a result, alcohol increases urination and excess loss of fluids. Without hydrating consistently throughout your epic night, you will soon find that last night’s cocktails lead to the next morning’s dehydration. Alcohol intake affects your body’s electrolyte levels. Electrolyte imbalances may contribute to headaches, irritability, and weakness, according to Healthline.

How do dehydration and hangovers go hand-in-hand? According to a study on Alcohol’s Impact on Kidney Function, excessive alcohol consumption can have profound negative effects on the kidneys and their function in maintaining the body’s fluid, electrolyte, and acid-base balance. While some alcoholic beverages can worsen the severity of hangovers more or less than others, it’s important to focus on ways to avoid dehydration altogether, which can ultimately lead to the next morning’s severe hangover.

Let’s take a closer look at the benefits of proper hydration:

Proper hydration isn’t the cure-all for hangovers, however, it can certainly lessen the severity of the symptoms of hangovers! 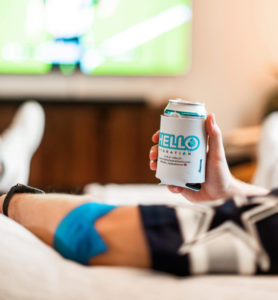 How Can you Rehydrate From a Hangover?

Now, let’s say that you’ve already surpassed the opportunity to hydrate before dehydration….while there isn’t a cure, there are ways to lessen the symptoms!

We may be biased, but there is a lot to say about the impact of our IV drips on getting back on the road to recovery! Let’s review some of our IV drips that we swear by if nausea, headaches, or heartburn are keeping you down!

The Headbanger: No one likes a constant throbbing head. If you’re looking for some migraine relief, this IV drip is for you. This drip which contains one liter of IV fluids, electrolytes, caffeine, and pain relief, can help when you have a headache, especially during allergy season, or if you’re feeling extra dehydrated.

While excessive alcohol consumption can lead to dehydration, it doesn’t mean you can’t enjoy a night out, or celebrate the victory of your winning team with a few cocktails, as long as you take precautions and enjoy in moderation. At the end of the day, (or the beginning of the next) just know we have your back when you’re ready to overcome the symptoms of hangovers or simply replenish your hydration altogether!

Say no to hangovers

Our mission is to influence the health and well-being of our community through concerted proactive efforts of preventing illness and promoting wellness.

Give yourself a boost!
Rehydrate and Rejuvenate with our Infusion Treatments.

We want to help

We want to be part of the solution to hydrate America. Or at least Texas. But Texas is pretty big, so, you know… we started this company because we believe we can provide an efficient solution and help people feel awesome. And who doesn’t like to feel awesome?!

Our focus is on your convenience. Our team of medical professionals provides one-on-one consultations and appointments at a location of your choice where we deliver intravenous (IV) fluids, vitamins, minerals, and anti-oxidants based on physician-established protocols.

Through a vigorous vetting process, we have done the work on finding the best available products so you don’t have to. We provide individually tailored wellness and anti-aging regimens as well as vitamin and hydration protocols to help you achieve and maintain peak performance.

Contact us to schedule an appointment
on-demand mobile iv therapy